15 onwards INR/Pack
Get a Price/Quote

Lavender Agarbatti that is available in natural fragrance of Lavender flower. Lavender is named after the Latin root word lavare, which means âto wash.â It was probably given this name because it was frequently used in baths, particularly in the baths of Ancient Rome. During the Middle ages lavender was associated with love and it was believed to be both an aphrodisiac and, conversely, a sprinkle of lavender water on the head was thought to keep one pristine. It has a sweet, balsamic, floral aroma. It provides several benefits: balancing, soothing, normalizing, and relaxing.Lavenderâs effect on the mind is incredible - it is both stimulating and calming. It is our endeavour to bring you the sweet natural fragrance of the Lavender Flower throughout the year with our Lavender Agarbatti.

Other Products in 'Agarbatti Sticks' category 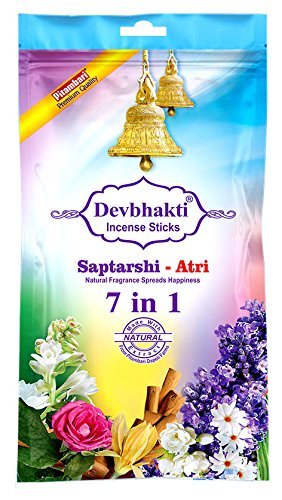